How Does Northwestern Mutual Deny Life And Disability Insurance Claims?

Northwestern Mutual denies claims based on many reasons including, but not limited to, the following:

What Should Disability Or Life Insurance Claimants Look For When Northwestern Mutual Denies A Claim?

If you feel you have a wrongfully denied claim involving Northwestern Mutual for disability, life or another insurance, the McKennon Law Group PC will aggressively pursue your insurance benefits.

Having an aggressive and experienced disability, health and life insurance litigation attorney is the most important decision you can make for the success of your insurance claim. If your claim for health, life, accidental death or dismemberment, short-term disability or long-term disability insurance has been wrongfully denied or suddenly terminated, fill out a free consultation form or call 1-800-682-4137 to schedule a free consultation with the attorneys of the McKennon Law Group PC, several of whom previously represented insurance companies and are exceptionally experienced in handling ERISA and non-ERISA, bad faith insurance claims. 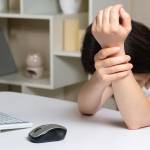