AIG actually began in China.  In 1919, Cornelius Vander Starr started an insurance agency in Shanghai that would later become AIG, expanding across China and then the world.  By 1926, AIG opened its first U.S. office in New York City and in 1937, it opened its first Latin American operation.  By 1969, AIG began issuing stock as a publicly-traded company and over the years, AIG like many other companies, acquired a wide range of subsidiaries specializing in different types of insurance or investments.  For example, in 2001 AIG acquired American General Corporation, a well-known life insurance company.  In 2006, AIG acquired Travel Guard, which provides travel insurance and emergency travel assistance.

A story by Sean P. Murphy of The Boston Globe focused public debate on AIG’s practices with regard to AIG’s lapse of insurance policies while its insureds are particularly vulnerable.  Specifically, the story chronicled AIG’s lapse of a policy providing long-term care coverage for Madeleine Maldonado.  As discussed in several articles on our blog, long-term care coverage provides benefits in the unfortunate circumstance that a physical or cognitive impairment prevents the insured from performing the activities of daily living (i.e., eating, dressing, bathing, etc.) absent substantial, hands-on supervision or assistance.  Long-term care insurance can be very beneficial in the instance that the health of a loved one deteriorates, it can cover the expensive costs of in-home or facility care.

Maldonado paid annual premiums of $3,399.91 for years.  She did not submit a claim on her long-term care policy with AIG until she was eighty-one years old, when she was diagnosed with dementia.  To the shock and surprise of both Maldonado and her daughter, AIG denied her claim.  AIG informed Maldonado that, in fact, her policy lapsed due to nonpayment of premium.  Apparently, the long-term care policy lapsed when Maldonado mistakenly wrote out the amount on the check to be about $100 short of the annual premium payment (she had the correct amount written out in numbers, but in this situation, the words control).  Shortly after she appeared on the front page of The Boston Globe, and sparked public outrage, AIG called Maldonado to reinstate her policy (after a yearlong battle without changing its stance on the issue).

While her story sounds shocking, unfortunately, Maldonado’s story is not unfamiliar to us.  Unfortunately, egregious claim denials such as this are not uncommon in the insurance industry and are particularly prevalent with regard to long-term care policies like Maldonado’s, but also life insurance policies.  Similar situations arise if the insured becomes ill in the late stages of his or her life and then uncharacteristically fails to pay a premium.  The life insurance policy lapses right before the insured dies, even if the insured paid premiums faithfully for years and only missed payments in the last few months of his life.  Fortunately, some states have laws aimed to protect the insured in this type of situation.  For example, California Insurance Code Sections 10113.71 and 10113.72, require that insurers like AIG and others adhere to certain notice and grace period requirements before they can lapse a life insurance policy due to premium nonpayment.  Those requirements include designating a beneficiary to receive notice so situations like this are less likely to occur.

AIG denies claims based on many reasons including, but not limited to, the following:

What Should Disability or Life Insurance Claimants Look for When AIG Denies a Claim?

If you feel you have a wrongfully denied claim for disability, life, long-term care or other insurance involving AIG, the McKennon Law Group PC will doggedly pursue your benefits rightly owed to you

Choosing an attorney to represent you when you find yourself in the vulnerable position of having your disability, life or long-term care denied is the most important decision you can make for the success of your insurance claim.  You must have an aggressive and experienced disability, long-term care, health and life insurance litigation attorneys who will fight hard for you.  If your claim for health, life, accidental death or dismemberment, short-term disability or long-term disability insurance has been wrongfully denied or suddenly terminated, fill out a free consultation form or call (949) 387-9595 to schedule a free consultation with the attorneys of the McKennon Law Group PC, several of whom previously represented insurance companies and are exceptionally experienced in handling ERISA and non-ERISA, bad faith insurance claims. 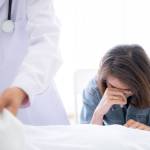 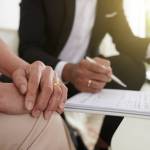 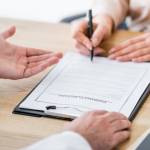 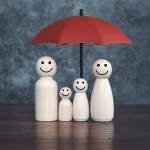