What Is Long-Term Care Insurance?

Long-term care insurance refers to coverage for health care and treatment in extended care facilities (for example, convalescent homes, nursing homes, etc.), at-home health care and/or adult day care for individuals (usually above the age of 65 or with a chronic or disabling condition that needs constant supervision) rather than in an acute care unit of a hospital. See California Insurance Code § 10231.2et seq. Long-term care insurance is designed to pay for care that is generally not covered by health insurance, Medicare or Medicaid.

Long-term medical care is typically expensive but can be an important part of financial planning for single persons and families. This insurance is designed to cover out-of-pocket expenses for long-term care and assists those who purchase it from relying on children or other family members for support in the latter years of life.

Insurers often deny these claims interpreting facts and the law in a manner that unfairly and unreasonably favors their financial interest in denying claims. If you need legal representation, McKennon Law Group PC has almost thirty years of experience handling insurance bad faith and ERISA insurance litigation and thus has the reputation, fortitude and experience to successfully represent policyholders in their cases against insurance companies.

What Types Of Long-Term Care Insurance Policies Are Offered?

Tax qualified policies are more common. A tax-qualified policy requires that a person be expected to require care for at least 90 days and be unable to perform two or more activities of daily living without substantial assistance. Tax qualified policies often also offer coverage when the insured needs substantial assistance due to a severe cognitive impairment for at least 90 days. In either case, a doctor must provide a plan of care. Benefits paid under a tax-qualified policy are generally not considered taxable income, and premiums may be deductible as a medical expense.

Non-tax qualified policies were formerly called “traditional” long term care insurance. These policies typically include a “medical necessity” trigger. This means that the patient’s own doctor, or that doctor in conjunction with someone from the insurance company, can state that the patient needs care for any medical reason and the policy will pay for covered expenses. Non-tax qualified policies often include walking as an activity of daily living and usually only require the inability to perform one or more activities of daily living. The Treasury Department has not clarified the status of benefits received under a non-qualified long-term care insurance plan. Therefore, the taxability of these benefits is open to further interpretation. This means that it is possible that individuals who receive benefits under a non-qualified long-term care insurance policy risk facing a large tax bill for these benefits.

(Not all long-term care insurance policies are identical, so you should consult with an accountant or any other financial professional for advice regarding the tax ramifications of specific long-term care policy.)

When Is An Insured Eligible To Receive Long-Term Care Insurance Benefits?

What Will A Claims Administrator/Insurer Do To Investigate A Claim For Long-Term Care Insurance Benefits?

Insurers engage in numerous actions to investigate claims. All will initially require that an insured complete claim forms and certifications from doctors, and most will request a plan of care. Once they obtain these forms and authorizations to obtain medical and financial records, they commence the claim investigation by requesting the claimant’s medical information and records. Insurers may also engage in the following activities: background checks, medical examinations, medical and financial consultations, surveillance, telephonic or in-person interviews, interviews with employers and family members and internet searches, among other things. Very often, careful scrutiny of these actions will reveal that the insurer has engaged in unreasonable actions after they have denied claims under these policies.

Once the elimination period is satisfied, most policies pay benefits on a reimbursement basis, which means that an insured must first pay for the care and he or she will then be repaid for those costs by the insurer. A few insurance companies offer per-diem benefits at a premium higher rate.

What Should An Insured Do If The Insurer Denies A Long-Term Care Insurance Claim?

In an insurer denies a claim for long-term care insurance, then the next step would generally be to bring a civil lawsuit against the insurer, as there is typically no requirement that the insured submit an appeal. However, an insured should review the policy and denial letter to ensure that he/she has completed all the necessary steps for claiming long-term care benefits. After doing so, the insured should consult with an experienced insurance attorney regarding bringing a civil action. Most attorneys, including the ones from McKennon Law Group PC, will take a meritorious case on a contingency fee basis (meaning the insured does not pay a fee unless there is some type of recovery from which a fee may be earned).

In the rare instance that the long-term care insurance was provided and paid for by the insured’s employer, the policy is most likely governed by ERISA. In this case, then the insured cannot immediately file a civil action to recover long-term care insurance benefits until he/she appeals the initial claim denial. ERISA requires that the insured first appeal the initial determination in accordance with procedures contained in the plan documents/policy. Under the Department of Labor Regulations, an insured has no more than 180 days to appeal a denial decision relating to long term care insurance benefits. If the insured does not timely appeal an adverse benefit decision, then he/she may lose the right to collect benefits under the Plan. When an insurer denies an insurance claim made under an ERISA-governed policy, it is required to advise the insured of the specific reasons for the denial and describe any additional material or information necessary to perfect the claim. Additionally, the insurer must inform the insured of the plan’s review procedures and inform the insured of his/her right to file a subsequent civil action. However, the insurer never tells the insured that he/she will not be allowed to use new evidence to support a subsequent civil action. Because the insured may be limited to the information contained in the Administrative Record in the lawsuit, it is crucial that the Administrative Record contains all information that supports the insured’s long-term care insurance claim.

As such, following denial of a long-term care insurance claim, the insured should immediately consult with an experienced attorney and discuss whether to appeal the insurer’s initial decision or proceed to a lawsuit. As discussed above, time is of the essence and the insured does not want to risk losing long-term care insurance benefits by failing to file a timely appeal. But, if an appeal is required, the insured should not simply submit an appeal stating that he/she disagrees with the insurer’s denial decision. The insured should have an attorney prepare the appeal and ensure that the file contains all of the documents and information needed in a subsequent lawsuit. Specifically, a qualified attorney can help the insured review the insurer’s often voluminous records and identify any problems or irregularities in its initial denial. An experienced attorney can also ensure that these problems or irregularities are noted in the Administrative Record and are backed up by applicable case law citations. Moreover, when confronted with the arguments of experienced ERISA attorneys such as McKennon Law Group PC, the insurer or plan administrator will often reverse itself and approve the claim for benefits without the need to file a lawsuit.

If the matter is not governed by ERISA, then state law claims will apply, such a breach of contract and insurance bad faith. These allow for a broader array of damages, including compensatory damages caused by the insurer’s bad faith, emotional distress, and punitive damages. Furthermore, under California law, an insured may be able to bring additional claims under Bus. & Prof. Code section 17200 and California elder abuse law, which potentially allows for treble damages.

There is a high likelihood that social media could impact the insured’s claim for long-term care income benefits. Insurers are increasingly utilizing social media to investigate the legitimacy of long-term care claims. Generally, information on social media sites can be obtained without the insured’s knowledge or permission. In fact, recent case law suggests that social networking sites are not considered private and may be subject to discovery by defendants. Increasingly, insurers are relying upon electronic surveillance to paint claimants in an unflattering light based upon social media entries and photographs. The best practice when filing a claim for long-term care income benefits is to remove cancel or suspend all social media accounts.

The insured should take the following precautions while in the process of filing a claim or litigating to recover long-term care benefits:

Can An Insured Sue For Future Policy Benefits And Attorneys’ Fees Incurred When Suing An Insurer For Long-Term Care Insurance Benefits?

Yes. Under California law, if a claimant can prove that the insurer acted in “bad faith” in denying the claim, then an insured can recover future policy benefits and attorneys’ fees. If ERISA applies to an insurance claim, attorneys’ fees are often recoverable, but future benefits are usually not. 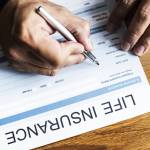 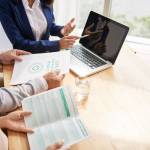 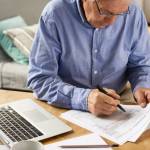 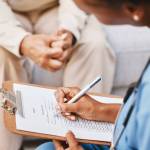