Annuities are a contractual arrangement by which premiums are paid to the insurance company by an individual, which are invested on behalf of the individual and then distributed back to the individual on a fixed payment plan at later date for a specified period. Annuities are primarily used as a means of securing steady cash flow for an individual during their retirement years, but can potentially be problematic if they are not properly reviewed for hidden fees, especially for elderly persons. One of the most important advantages to an annuity is the deferment of taxes on your current income, but this advantage can be canceled out by surrender charges placed in the policy for premature withdrawal of the benefits.

What Provisions Are Typically Contained in an Annuity?

An annuity may contain some of the provisions typically found in a life insurance policy, such as an incontestability clause. However, because an annuity is an investment vehicle, the most important provisions are those relating to payment and penalties:

Payment provisions: Annuities set forth how the investment will operate and when the periodic payments will be made. The two most common type of payment plans are deferred annuities and immediate annuities. Immediate annuities are generally used to convert a lump sum such as an inheritance into a lifelong income stream by providing the annuitant with monthly payments as soon as the account is set up. A deferred annuity accumulates capital over the annuitant’s working life to build a sizable income stream for retirement. The regular contributions the annuitant makes to the deferred annuity account are tax sheltered until they are withdrawn as regular payments at a later date. This period of regular contributions and tax-sheltered growth is called the accumulation phase.

Tax Status Provision: This provision sets forth whether there are IRS tax benefits beyond the tax-deferred growth in the annuity, and will be characterized as either Qualified or Non-Qualified. Qualified tax status often comes from employment-sponsored savings plans.

Crisis Waiver provisions: Many annuity contracts contain a provision that waives surrender charges if certain conditions are met. These provisions allow for withdrawal of some or all of the annuity’s accumulated value if a specific crisis condition exists such as nursing home admission, suffering a terminal illness, unemployment and disability. However, crisis provisions vary from contract to contract, and may require the contract be in force for a minimum numbers of years or for the owner to have reached a specified age. Also, crisis waivers may require an additional premium.

Are There Any Added Precautions Seniors Should Take in Purchasing Annuities?

Yes. The potential adverse effects of an annuity provision by seniors led to California legislation in 2011 to provide for additional protection for seniors. The law requires that an insurance agent now complete California approved-training to sell annuities, and prohibits an agent from advocating the purchase, exchange or replacement of an annuity unless the agent can show reasonable grounds for believing that the annuity is suitable for the consumer. California Insurance Code section 10509.914(i) provides suitability factors that include age, income, and financial objectives.

Seniors are also afforded additional protection under California law to help ensure that they properly review the annuity contracts being sold by insurers. When selling to a person over 60 years old, insurers are required to list the surrender penalties in bold print on the cover of the annuity contract or the location of the surrender information or the location of the surrender information within the contract. Insurers are also required to post a notice on the front page informing a person 60 years of age or older that they have a 30-day free-look period. The free-look period provides that the senior has 30 days after purchasing the annuity/policy to cancel the annuity/policy free of any cancellation or surrender charges. If the annuity/policy is canceled, all premiums and fees will be refunded.

It is always good practice for seniors to follow these tips when purchasing or replacing an annuity policy:

What Are the Different Types of Annuities?

Time of Payment- Annuities vary as to whether payouts are immediate or deferred.

Immediate Annuities: As its name suggests, investors receive payments from immediate annuities immediately upon investing. Immediate annuities provide the annuitant with monthly payments as soon as the account is set up. Annuitants may choose between payments for a set period (e.g., 20 years), for the rest of their life or even for a combination of the two.

Investment type: Annuities also vary in terms of whether they provide a fixed or variable rate of return.

Liquidity Options: Annuities also vary in terms of the level of liquidity they offer.

With Withdrawal/Surrender Penalties: These types of annuities, often called “no-surrender annuities,” allow a person to withdraw up to a certain amount of money from his or her annuity in any given year. Beyond this set amount however, a surrender charge comes into play which sets a penalty for making early withdrawals beyond the penalty free withdrawals. Even more problematic for annuitants, any withdrawal, whether or not it is over or under the free withdrawal amount, may be subject to taxes if an annuity is cashed out prior to 59.5 years of age. These provisions may cause significant problems for annuitants who need an immediate withdrawal from their annuities.

Without Withdrawal/Surrender Penalties: These annuities do not contain surrender charges, allowing for increased liquidity. However, even non-surrender annuities may be subject to tax penalties if money is withdrawn when the owner is under the age of 59.5. 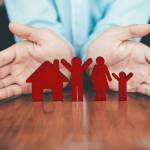